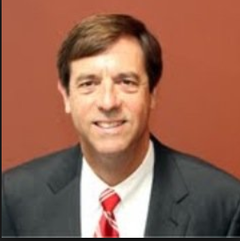 Chuck Gremillion, Executive Director
Chuck Gremillion is a graduate of the University of Texas at Austin with a Bachelor’s degree in Business Administration.  Upon graduation from UT, Chuck went to work in the family reprographics business in Houston, A&E – The Graphics Complex, where he successfully worked alongside four brothers and a brother-in-law.  Chuck became president of A&E in 1992, and during his tenure as chief executive, A&E was recognized on many occasions for its employment practices and its success, including recognition in 2001 as Texas Family Business of the Year for medium-sized businesses by the Baugh Center for Entrepreneurship at Baylor University, as the recipient of the Greater Houston Partnership’s Houston’s Greatest Award in 2006 and multiple times as one of the best companies for which to work in both Texas and Houston. The Gremillion family sold A&E to Thomas Reprographics of Richardson, Texas in 2007, where Chuck remained as Regional President and Chief Operating Officer until he retired in 2011.

Chuck now serves as Executive Director of Construction Career Collaborative (C3), an alliance of Owners, Contractors and Specialty Contractors working to create a safe, skilled and sustainable craft workforce by positively affecting the issues facing the craft worker in the commercial construction industry.

Chuck serves on the boards of directors of Rice Design Alliance and Catholic Charities of the Archdiocese of Galveston-Houston.

Chuck and his wife, Janna, reside in Katy, Texas and have been married for 37 years.  They have four grown children and five grandchildren. 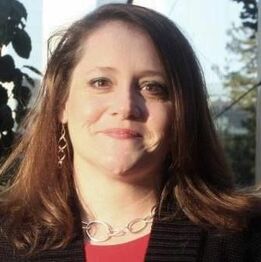 Angela Robbins, Director - People Management, Compliance & Operations
​​Angela Robbins is a graduate of the University of Northern Colorado, Greeley, with a Bachelor’s degree in Speech Communication-Secondary Education leading to a professional educator’s license.  After graduation Angela applied her license to teach at Adams County School District #50 where she taught a variety of subjects. During her tenure in public schools, Angela earned an adult education certification as well as served as staff development liaison and curriculum designer for the district’s leadership programs. In 2000, Angela joined Hewlett Packard Company as a technical instructor. During her tenure at HP, Angela earned her Master’s degree in Human Resource Management at Keller Graduate School of Management. Over the next 13 years Angela grew in responsibility with HP moving into management of global teams and call centers. She and her teams were honored by ATD (Association for Talent Development) and STC (Society for Technical Communication) for innovative and outstanding learning programs. From 2014-2017, Angela moved into offshore drilling and worked to develop programs that met the unique requirements of skilled employees based on floating rigs throughout the world.  Her creative and practical approach to learning programs and talent development allowed Noble Drilling and Ensco both to launch relevant programs that advanced the quality, productivity and employee engagement of the offshore skilled workers.

Currently, Angela serves as the Associate Director of People Development, Compliance & Operations at Construction Career Collaborative (C3), an alliance of Owners, Contractors and Specialty Contractors working to create a safe, skilled and sustainable craft workforce by positively affecting the issues facing the craft worker in the commercial construction industry.

Additionally, Angela is on the Board of Directors at National Association for Women in Construction (NAWIC).

Angela and her two teenage boys reside in Houston, Texas. 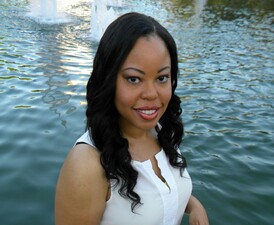 Reba Taville, People Development Business Partner
Reba Taville is a native Houstonian and a graduate of the University of Houston. Her passion for talent development began while she was a Manager at a major retailer during her undergrad years. After completing her Bachelor’s degree, she decided to pursue a career path in Training and Development. She went directly into the Human Resources Development Graduate Program at the University of Houston. During graduate school Reba began her career as an Instructional Designer in the oil and gas industry, where she created robust training programs for the HR department. Reba has since​ designed, developed, and managed training programs for various organizations.

Reba is excited to continue her career with Construction Career Collaborative (C3), as the People Development Business Partner.
​
​Currently, Reba and her husband reside in Missouri City, TX with their 2 children. 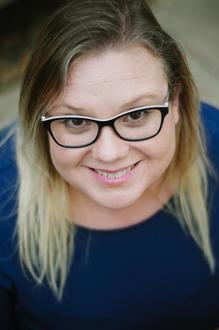 Diane Aguilar, Operations Administrator
Diane Aguilar completed her undergraduate academic degree at University of Phoenix, and holds an Associate’s degree in Healthcare Administration.  After graduation, she went to work for Millsap Elementary School, in the Cypress Fairbanks Independent School District, where she provided administrative assistance to the registration, counseling, and textbook departments.  She also worked with special needs students, to ensure they were included, and reached the same goals set for other students in their classes.

Diane continues to serve public schools through volunteer work with Parent Teacher Organizations, and Booster Clubs. She also volunteers as a crisis counselor for the Crisis Text Line, as well as founding a running a local group focused on raising awareness for depression and suicide prevention. Diane also serves her church by managing the cafe and coordinating volunteers, as well as by assisting with the “Party Squad”, a portable party crew for children who are facing challenges.

Diane resides in Cypress, Texas with her two children.

Julian Delgadillo, Compliance Manager
Julian Delgadillo is a 10 -year veteran of the United States Air Force. He was recognized as Distinguished Graduate upon completion of the Aircraft Metals Technologies technical training course in 2010. His service as an aircraft technician, welder and machinist includes 2 deployments to the Middle East and one short tour assignment to the Republic of South Korea.

Julian moved back to his hometown, Houston, to pursue a career as a welder in the private sector. He has worked for leading companies in the Oil & Gas Industry such as Schlumberger and GE.

Seeking a new career path, Julian now works as the Compliance Manager for Construction Career Collaborative (C3). He helps Contractors to maintain their support for C3 principles and requirements on all C3 projects.

Julian is actively involved with the newly formed Houston Veterans in Commercial Construction (ConstructVets) Affinity Group, whose goal is to help bring skilled veterans into the commercial construction industry and to support those currently in the industry.

Julian and his wife Vanessa, live in Spring, Texas and with their son Andrew.